At Founder’s CPA, we pride ourselves on complete transparency with our customers. After all, they’re your accounts and ultimately your money, so you deserve to understand how it is being handled. Many bookkeepers use industry jargon that is useful shorthand between experts, but isn’t always so clear to everyone else. Here’s a guide to some of the key terms you might see or hear a bookkeeper use. 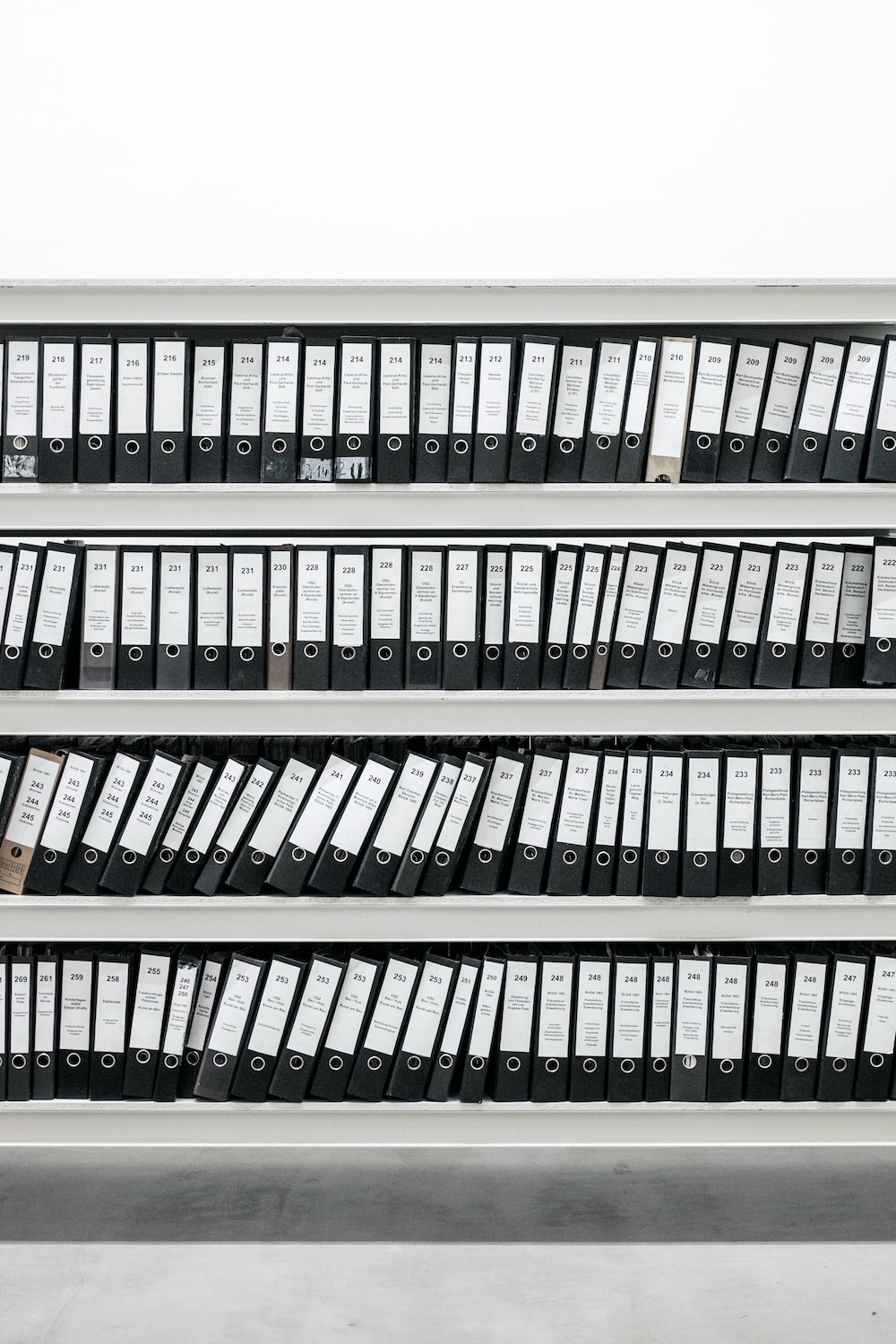 A form of depreciation where more of the total depreciation amount is applied to earlier years in the asset’s lifespan than to the later years. This could apply to a vehicle or a computer that quickly loses a lot of value.

Accounts are a list of transactions that take place during a specific timescale known as the accounting period. The most common accounting period is one year, though this period won’t necessarily be a calendar year. (For example it could run from May 1 to April 30.) The accounting period for a particular set of accounts could be a different length, such as a quarter.

A system by which bookkeepers list each transaction with the date the liability is created: in other words when somebody begins to owe the money, even if it hasn’t been paid yet. This applies both to your sales and spending. Deciding between accrual accounting and cash accounting can significantly affect your profits and tax liability for a particular year.

This means taking a one-off expense and splitting the cost over multiple accounting periods. Because this affects tax liabilities it often has to be done following strict rules. It’s similar to depreciation but is for intangible assets that have a fixed lifespan, such as a patent. 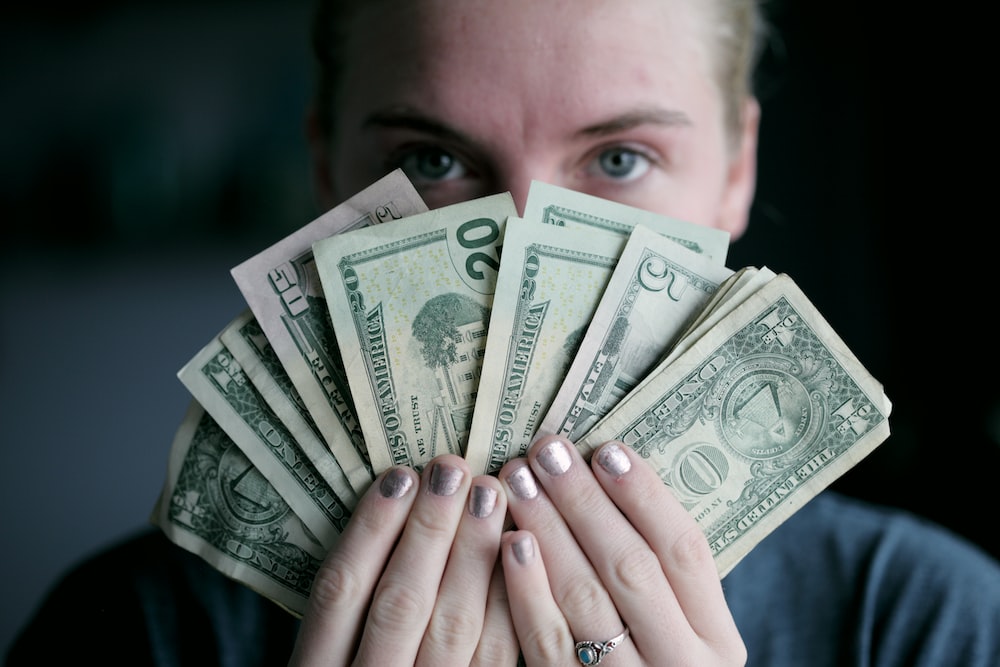 Something the business owns that has value. This can include money the company is owed.

This is one of the key financial statements. It shows the changes in the company’s assets and liabilities during the accounting period, the final figures, and the all-important difference between the two.

Spending on assets that will be useful for the company beyond the current accounting period, such as a factory or a machine. This is in contrast to current expenditure.

This is a process a bookkeeper carries out on a tax return rather than in the accounts themselves. In simple terms, it means asking the IRS to treat the annual profit or loss as if it had actually taken place in a previous or future year instead. This has to follow strict guidelines but can lower overall tax liabilities.

A system by which bookkeepers list each transaction for the date the money actually changes hands. This could be in a later accounting period than when the deal was made or the goods delivered. Deciding between cash accounting and accrual accounting can significantly affect your profits and tax liability for a particular year.

This is the order in which expenses and revenues actually happen. A business might be profitable across an accounting period but still have cash flow problems if a lot of the expenses come before the revenues are received. This can often happen with small businesses that have to pay suppliers upfront for materials but have to offer customers long credit periods before they pay for goods. 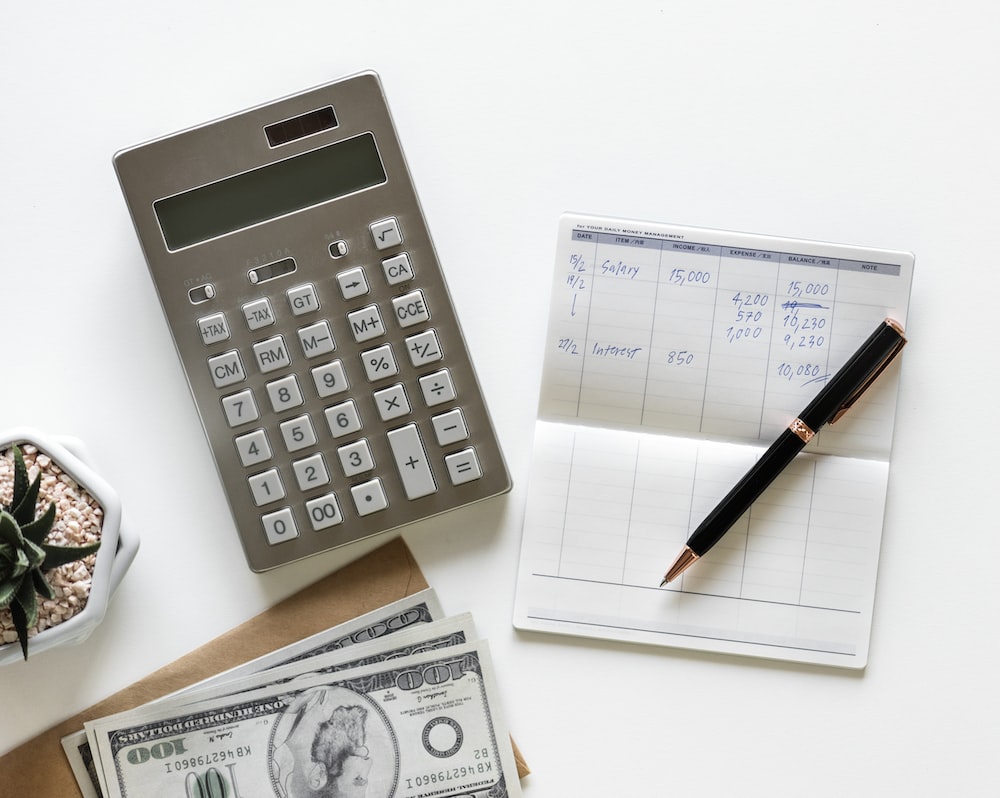 This is a term used in double entry bookkeeping where every transaction is listed twice: as a debit for one account and a credit for another account. Perhaps counterintuitively, the credit is the listing where an account is increased (such as a credit to the cash account when buying a machine.) 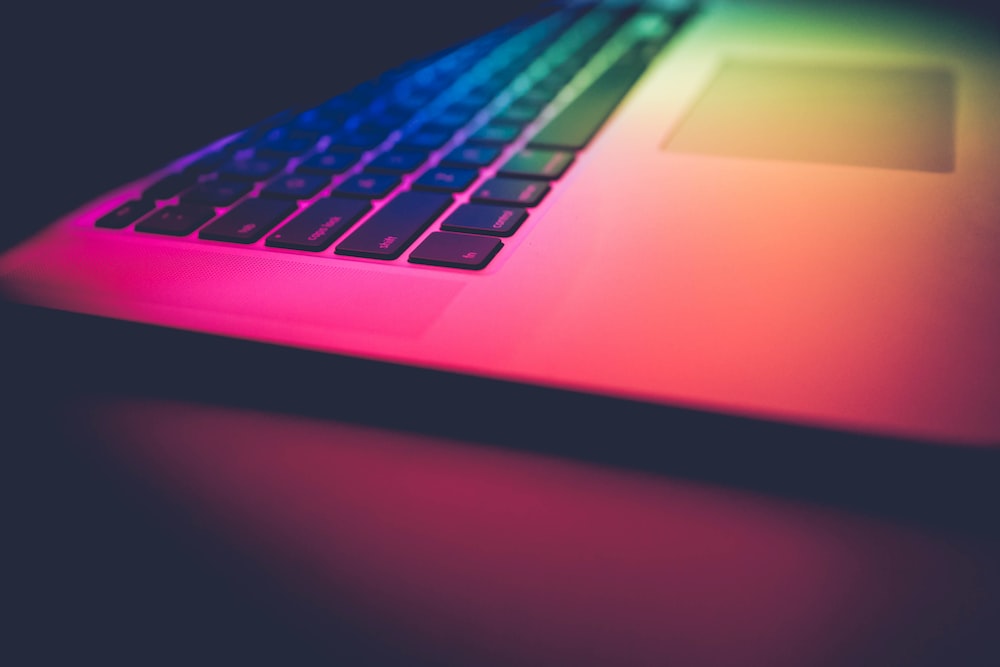 This is a term used in double entry bookkeeping where every transaction is listed twice: as a debit for one account and a credit for another account. Perhaps counterintuitively, the debit is the listing where an account is increased (such as a debit to the company’s assets when buying a machine.)

A form of depreciation that specifically applies to natural resources with a declining asset value such as a mine or oil well that will become less valuable as the resource is depleted.

A way of accounting for the fact that some assets become less valuable over time, such as a machine wearing out. Rather than always list the asset at its original value until it becomes worthless, depreciation means reducing the listed value of the asset on the balance statement by a certain proportion each year. This avoid the misleading situation of the company suddenly appearing to lose a large amount of value in one go. It can also spread out the loss over several years, reducing taxable income, though this must be done in line with tax laws. 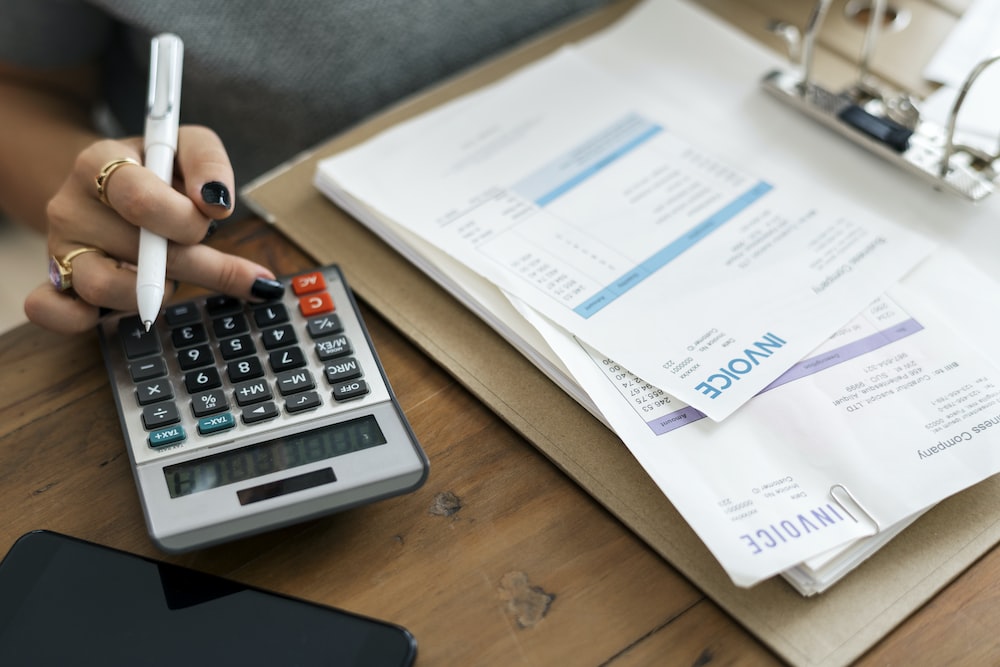 A system by which every transaction is listed twice in a set of accounts, reflecting the fact that it has two different effects. For example, a company buying a new widget-making machine for $20,000 will reduce its cash reserves by $20,000 and increase its assets by $20,000. One listing is classed as a credit and the other as a debit. Across all transactions, the credit and debit totals should match. If they don’t, the bookkeepers know there’s likely a typo or other error that needs fixing.

Money taken out of a business by one of the owners. It’s listed separately to any salary payments, which are treated as an operating expense. Whether the payment is treated as drawings or salary can affect the profit figure for the business and in turn its tax liabilities.

A collection of documents covering a business’s financial activities during the accounting period. The most common documents are  General Ledger, Balance Sheet, Income Statement and Equity Statement. 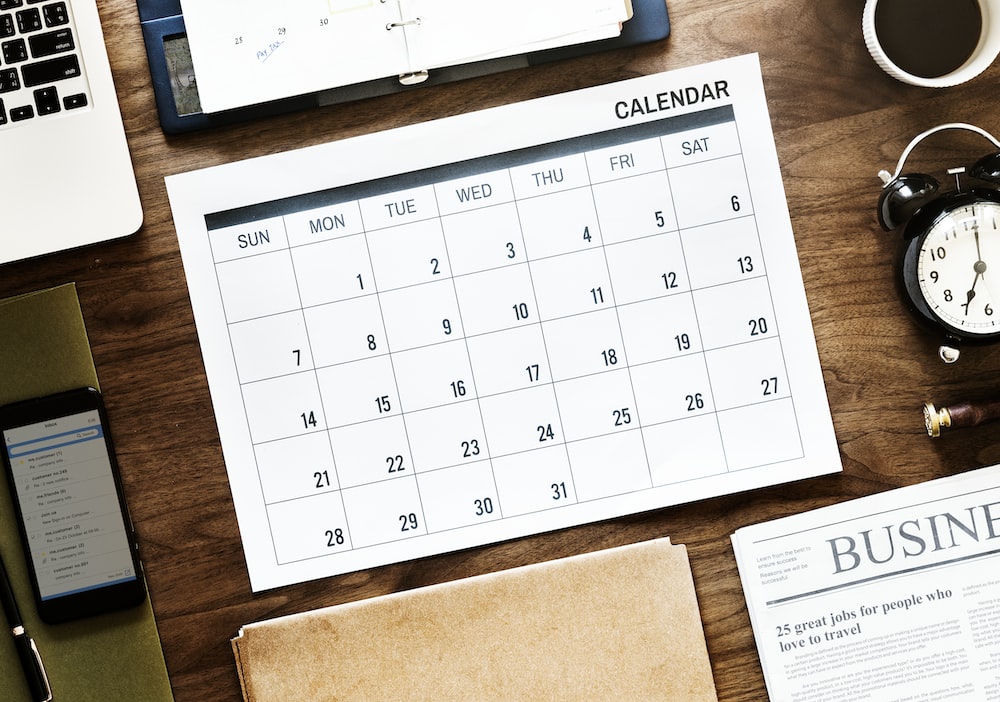 A 12-month period that a company uses as its accounting period. It doesn’t necessarily run from January to December.

This is effectively the master record of every transaction. Once complete, the bookkeeper checks it with the trial balance. If that checks out, the general ledger then provides the data for the other financial statements.

Bookkeepers usually prepare financial statements on the basis that a business is a going concern: that is, it will continue trading in the future.

This is one of the financial statements and is what people who aren’t bookkeepers might call the “profit and loss account”. It contains the figures for the company’s revenue and expenditure for the year (often broken down by category or department) and in turn its overall profit or loss.

A quick comparison of two figures in financial statements that can give insight into a particular aspect of a company. For example, the current ratio compares the current assets to the current liabilities and is a rough guide to how likely a business is to be able to repay debts. Another example is the debt-to-equity ratio, which compares the total liabilities from the balance sheet to the equity figure on the equity statement. This can show if a company is too reliant on debt to fund its activities. 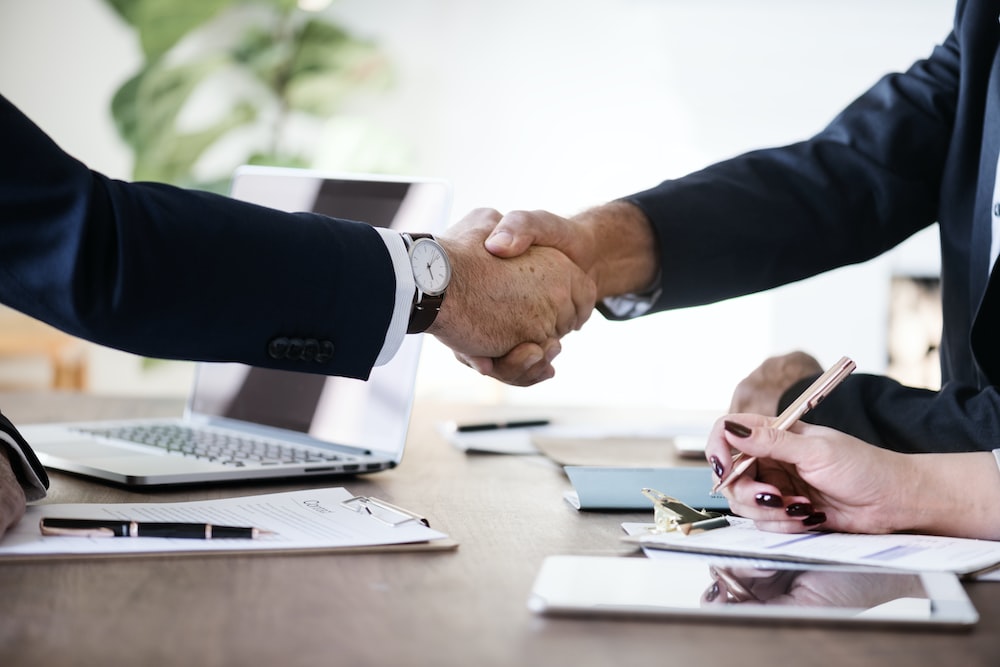 This is money the business owes to someone else.

This refers to the individual owners rather than the business itself. Limited liability means that the owner can lose any money they put into the business but can’t be personally pursued beyond this to settle any company debts.

This is a special type of business under US tax laws. It’s treated similar to a partnership or sole proprietorship for tax purposes but similar to a corporation in the way owners have limited liability.

This is the listed value of a particular asset on a balance sheet. It’s calculated as the original cost of the asset minus the total depreciation that has been listed in financial statements since the purchase.

Retained earnings refers to whatever part of the business profits remain in the business itself rather than being paid to the owners as a drawing (for an unincorporated business) or dividends (for a corporation.) 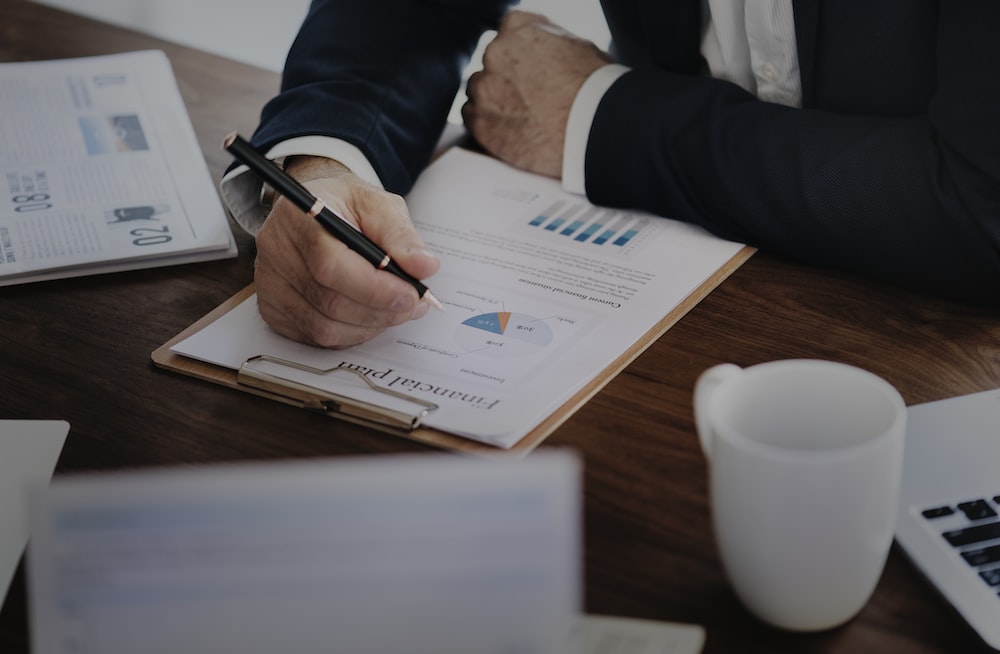 This is a process by which a bookkeeper checks the total of all credit entries matches the total of all debit entries. If it doesn’t, it’s a sign there’s likely a mistake with an entry that needs finding and fixing before the rest of the financial statements are prepared.

This is a category in financial statements that covers goods that are partway through the production process at the end of the accounting period. Calculating the value of these goods can be difficult as they are theoretically more valuable than the raw materials (and some expense has gone into the production work) but are less valuable than finished products ready for sale. The most important thing is that the method used to value these goods as an asset is clear and consistent.